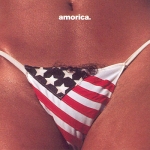 A 2013 article in, The Cut, says Bush was back. So ladies, if you are still bald get with it and start rocking some downtown brown. Your men will revel in your new appearance. Not because it’s fashionable and they keep up with this stuff. It’s because anything that has to do with your veejay has him locked in. Especially if it means more sex. No pubes makes most of us feel like pedophiles anyway. (Hair =WOMAN)

What a relief this must be for females. It had to be a pain in the…. well, vagina, to deal with the up-keep. Shaving causes skin irritation and possible infection. If you don’t want that you get the bonus prize of waxing! “Ouch!” (I had to endure waxing practice on my back once, from an aspiring esthetician, and I can’t imagine going through that much pain down there). All perfect excuses to let it grow. I am envisioning some new names, “The Pyramid of Jeez-a”, “The Bolivian Air Strip” or “The Nike Swoosh”. Whatever way you go, there is nice symmetry when you have hair perfectly between the hips. It’s like a visual beckoning to the Promised Land.

If we’re being real, most people’s bottom bonanza isn’t great to look at,(man or woman). Once if you get objective and the excitement is over, the allure is gone. So they should both be dressed up with a little covering. That being said, let’s not go full– “KC and the Sunshine Band”. A 70’s Afro can be intimidating, so do some scaping,

Shaving or extra trimming between your legs and around back is still encouraged. That’s where the magic really happens and nobody performing oral wants to deal with getting through a briar-patch . So keep it tight on top, built for speed down below and away you go!