Lake Bell complained to Sam Jones in an interview recently that she gets derided by men who ask her, if she wants to be taken seriously, why pose naked?

Her response is that it’s artistic and beautiful and it makes her feel sexy. She went on to explain that showing off her sexuality should in no way detract from her being an intelligent woman. In 2012 Bell wrote, directed and starred in “In a World”.  The film has strangely garnered cult status in Hollywood because it literally came out of nowhere. Bell did not even tell her agents she was working on it until was done. The film won best screenplay at the 2013 Sundance Film Festival, (her 2nd film at Sundance). Everyone involved in “…a World”, didn’t even think it would be accepted. Sam Jones ended the interview by saying “Everyone is Hollywood is wondering what Lake Bell will do next”

My father, a witty college professor, used to tell attractive women that held his attention that “Beauty and brains is a dangerous combination”. Lake Bell is a sexual nuclear bomb designed by a nuclear scientist- dangerous doesn’t cover it. Her verbal acuity is matched only by her locker-room humor. When asked about her early modeling career, she hesitated and said, “Boobs, boobs and more boobs, lots of boobs” -on being pregnant, 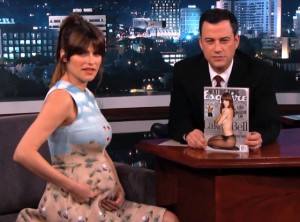 “Its sucks, you get the hangover without the tequila” She’s the woman every guy wants to do shots with and hopefully sleep with. And every woman wants to….. Well do the same.

Throughout history men have been accusatory of women with sexual power. Eve kicked us out of the “Garden”, Helen’s beauty was cause of the Trojan War and Cleopatra was killed after she seduced the two most powerful men in the world. American culture is still trying to decipher how and why Marilyn Monroe’s sexuality led to her demise. Camille Paglia says that beautiful women are always scrutinized and harassed. In her book, Sexual Personae, she states that men honor but fear women. “A woman’s sexuality is tied to nature and can’t be denied”, (menstruation, child birth) “Woman’s centrality gives her a stability of identity. She does not have to become but only to be.” She goes on to say that man’s identity is dependent on her acceptance of him which breeds male anxiety.

“In a World” where Muslim women are forced to wear restrictive clothing, African and Indian women are subjected to commonplace sexual crimes, Hollywood has embraced this powerful neo-feminist in a way that is unprecedented. Throughout it all she has stuck to her guns, and has become one of the most talked about film makers in America. What makes Lake Bell frightening is her ability “to be”. 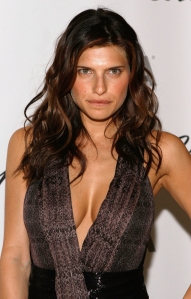